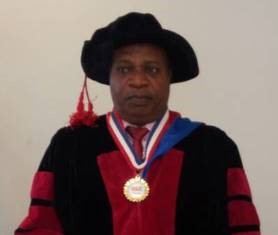 Joseph Edeki Imanah was born on the 3rd June, 1962 in Uokha, Owan-East Local Government Area of Edo State. After his post primary Education at Azama College, Otuo, he worked briefly with the Nigerian Port Authority, Port Harcourt between 1979 and 1981. By 1984, he earned the Nigerian Certificate in Education in Biology/Chemistry at credit level. He went further to receive the B.Sc (Ed) Degree in chemistry with Second Class Honours Upper Division, M.Sc (Industrial Chemistry) in 1995 and Ph.D Degree in Industrial Chemistry with bias in Polymer Chemistry and Technology in 2003 from University of Benin, Benin-City.

He was appointed Lecturer III in Polymer Technology Department, Auchi Polytechnic, Auchi in 1996 and promoted to Chief Lecturer in 2010. At the Polytechnic, he has taught generations of students and he is reputed and respected for the unique style and clarity of his lectures.

- published well over 30 scientific articles in peer-review archival journals in addition to six books and several technical reports and other invited lectures.

- served as consultant chemist, to many industries.

- Dr. Imanah has also served in several committees and chaired some in the Polytechnic.

-Dr. Imanah is a Reviewing/Referee Editor to Journal of Applied Polymer Science, USA;  Associate Editor,Journal of Chemical Society of Nigeria,

-He is married with children. Dr. Imanah believes in the existence of the Almighty Creator, the Ruler of the entire creation, without whom he is naught.