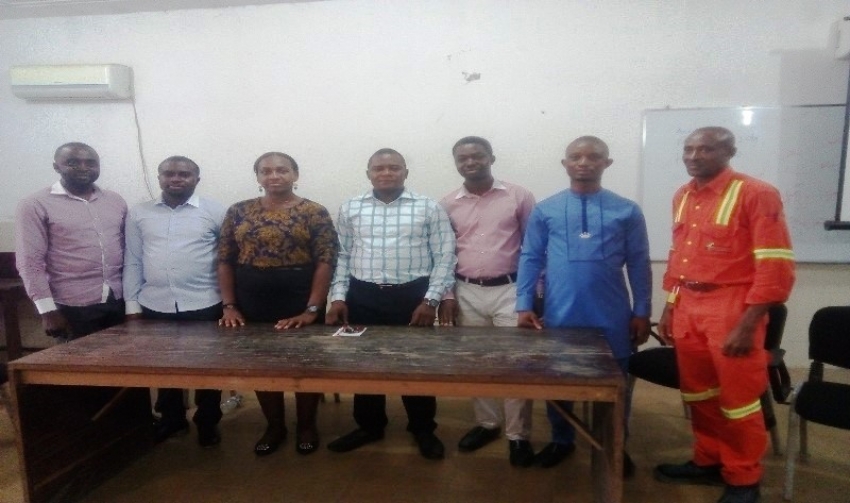 Cross-section of the newly elected officers of CSN-CRS chapter

It was all celebration at its peak among Chemists in Cross River State as the Cross River State Chapter of the Chemical Society of Nigeria conducted a successful election that gave birth to a new executive of the Chapter. This excitement was well expected from members of the society (CSN-CRS Chapter) following the temporal short down and the absence of the Chapter for over a decade from the activities of the National body.
The election that was anchored by the Interim Caretaker Committee made up of Prof. A. Ayuk (Chairman), Prof. P. C. Okafor (Member) and Dr. Fidelis Abeng (Secretary) was held on the 31st of May, 2019 at 2pm in the Seminar Room of the Department of Pure & Applied Chemistry, University of Calabar, and Calabar.

Chemist from all over the State including those from University of Calabar, Cross River University of Technology, Calabar, College of Education, Akamkpa, Federal College of Education, Obudu, Industries and Organizations were all in attendance. The election process which began with presentation of manifesto by all contestants gave birth to the following executive officers:

The Head of the Department of Pure & Applied Chemistry, University of Calabar, Prof. Orok Oyo-Ita charged the newly elected executive to be dedicated to their responsibilities and ensure fairness in delivering their duties. Responding by way of acceptance speech, the Chairman, Dr. Ben Ugi thanked all for coming out in their number for the election and trusting him with their votes to the position of the Chapter Chairman. He pledged his determination to raise the chapter to an enviable height, make his leadership open and contributive and ensure accountability.
High point of the event was swearing in and taking of oath of office by the newly elected executive officers.

More in this category: « News from Delta Chapter Representative of Nigeria to IUPAC »
back to top